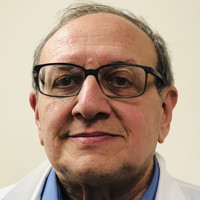 Abstract: Carbon Monoxide (CO) intoxication is still a leading cause of mortality and morbidity in many countries. Due to the problematic detection in the environment and subtle symptoms, CO intoxication usually goes unrecognized, and both normobaric and hyperbaric oxygen (HBO) treatments are frequently administered with delay. Current knowledge is mainly focused on acute intoxication, while Delayed Neurological Sequelae (DNS) are neglected, especially their treatment. This work details the cases of two patients presenting a few weeks after CO intoxication with severe neurological impairment and a characteristic diffused demyelination at the brain magnetic resonance imaging, posing the diagnosis of DNS. After prolonged treatment with hyperbaric oxygen, combined with intravenous corticosteroids and rehabilitation, the clinical and radiological features of DNS disappeared, and the patients’ neurological status returned to normal. Such rare cases should reinforce a thorough clinical follow-up for CO intoxication victims and promote high-quality studies. 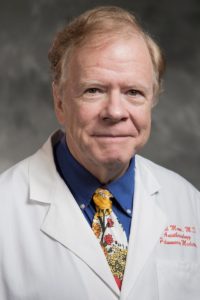 Decompression sickness, in which bubbles formed from dissolved gas (usually nitrogen) cause tissue and vascular injury after a reduction in environmental pressure, may occur in diving, aviation, and spaceflight. Arterial gas embolism, in which bubbles introduced into the arterial circulation cause multifocal ischemia, may occur after diving-related, iatrogenic, or accidental pulmonary barotrauma or by direct iatrogenic introduction of gas into the vasculature. Because it may be difficult to clinically differentiate decompression sickness from arterial gas embolism in divers and the treatment protocols for the two disorders are the same, the term “decompression illness” is sometimes used to indicate the presence of decompression sickness, arterial gas embolism, or both, but the separate terms are used here. Divers with nonspecific symptoms may present to clinicians who have received no specific training during medical school or residency in dealing with these disorders, which can pose challenges in the differential diagnosis and choice of appropriate treatment. 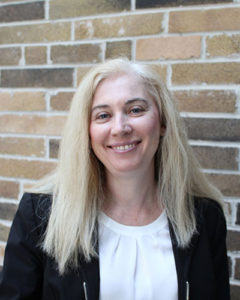 Background. Chronic neuropathic pain is a condition affecting an increasing proportion of the general population and its management requires a comprehensive, multidisciplinary program. A growing body of evidence supports the use of hyperbaric oxygen therapy (HBOT) in several chronic neuropathic pain conditions; however, its role and efficacy remain unclear. Purpose. To summarize current evidence for the mechanistic rationale of HBOT in chronic neuropathic pain conditions and to evaluate its clinical efficacy. Methods. (is narrative review was conducted after searching the following databases (Medline, Embase, Cochrane, PsycINFO, the Web of Science, Scopus, ClinicalTrials. gov, WHO ICTRP, and ProQuest Digital Dissertation) from January 1946 to March 2020. Articles published in English that involved either animal or human studies with acute or chronic neuropathic pain evaluating any HBOT-related intervention were included. Results. A total of 2971 citations were identified. A total of 29 studies were included in this review. (e mechanisms of action for HBOT use in neuropathic conditions included the primary effects of hyperoxia and edema resolution, as well as the secondary effects pertinent to the production of oxygen and nitrogen reactive species (serving as pain signaling molecules), nitric oxide-dependent release of opioid peptides, and reduction of inflammatory mediators. A robust evidence for HBOT use in the clinical setting was associated with chronic regional pain syndrome and chronic primary bladder pain syndrome. Some evidence supported its use for chronic secondary (peripheral) neuropathic pain including radiation-induced plexus neuropathies, postherpetic neuralgia, and trigeminal neuralgia. Conclusions. HBOT has been shown to have antinociceptive and analgesic effects in animal models of inflammatory, neuropathic, and chronic pain. Human studies demonstrated beneficial effects of HBOT in improving clinical outcomes such as pain scores, pain-related symptoms, and quality of life. A systematic methodology of HBOT application is necessary to confirm its safety and efficacy. 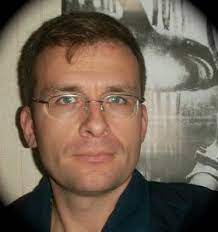 Introduction: Numerous studies have been conducted to identify the factors influencing the short-term prognosis for neurological decompression sickness (DCS). However, the long-term sequelae are rarely assessed. The purpose of this study to investigate the factors likely to influence the long-term prognosis.
Methods: Twenty-seven Vietnamese fishermen-divers who on average 9 (SD 6) years beforehand had presented with neurological DCS and ongoing sequelae, were questioned and examined. The severity of the initial clinical profile was quantified using a severity score. The long-term sequelae were clinically evaluated by looking for a motor or sensory deficit or muscular spasticity, and by applying a severity score for the sequelae which focussed on gait and sphincter disorders.
Results: An initial severity score of ≥ 15 is significantly associated with a risk of serious long-term sequelae [OR = 13.7 (95% CI 2.4 to 79.5)]. Furthermore, certain treatment practices such as in-water recompression to depths > 17 metres’ seawater breathing air are significantly associated with more serious sequelae. The practice of intensive non-standardised hyperbaric oxygen sessions over prolonged durations (median 30 days [IQR 19.5]) delayed after the initial accident (median 4 days [IQR 6]) also seems unfavourable.
Conclusion: This study establishes a link between the initial DCS severity and the long-term sequelae causing severe gait disorders and sphincter incontinence. Furthermore, this work suggests that certain detrimental treatment practices should be modified. During this field study, we also found that it was possible to reduce sequelae of these divers by offering them an individual programme of self-rehabilitation. 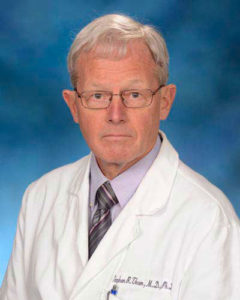 Plasma gelsolin (pGSN) levels fall in association with diverse inflammatory conditions. We hypothesized that pGSN would decrease due to the stresses imposed by high pressure and subsequent decompression, and repletion would ameliorate injuries in a murine decompression sickness (DCS) model. Research subjects were found to exhibit a modest decrease in pGSN level while at high pressure and a profound decrease after decompression. Changes occurred concurrent with elevations of circulating microparticles (MPs) carrying interleukin (IL)-1b. Mice exhibited a comparable decrease in pGSN after decompression along with elevations of MPs carrying IL-1b. Infusion of recombinant human (rhu)-pGSN into mice before or after pressure exposure abrogated these changes and prevented capillary leak in brain and skeletal muscle. Human and murine MPs generated under high pressure exhibited surface filamentous actin (F-actin) to which pGSN binds, leading to particle lysis. In addition, human neutrophils exposed to high air pressure exhibit an increase in surface F-actin that is diminished by rhu-pGSN resulting in inhibition of MP production. Administration of rhu-pGSN may have benefit as prophylaxis or treatment for DCS. NEW & NOTEWORTHY Inflammatory microparticles released in response to high pressure and decompression express surface filamentous actin. Infusion of recombinant human plasma gelsolin lyses these particles in decompressed mice and ameliorates particle-associated vascular damage. Human neutrophils also respond to high pressure with an increase in surface filamentous actin and microparticle production, and these events are inhibited by plasma gelsolin. Gelsolin infusion may have benefit as prophylaxis or treatment for decompression sickness. 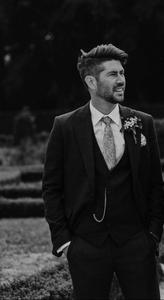 Near infrared spectroscopy unlocks the secrets of mammalian diving success

Diving animals, such as seals, dolphins, otters, turtles and penguins, share the same physiological constraints as we humans do when we enter back into our evolutionary home—the sea. The most instantly identifiable constraint if you put your head underwater is, of course, the inability to breath and the associated progressive asphyxia. This division between where an animal spends most of its time and where it can breathe has had a significant impact on the physiological capacities of diving animals. It is important to consider diving animals, such as seals, as “underwater animals which make only occasional brief excursions into ‘our world’ to breathe”. They are not “animals from ‘our world’ that periodically dive underwater”. This is more than just a semantic differentiation. Instead it is necessary to contextually understand the relationship between the physiology and lifestyle of diving animals.
One essential physiological prerequisite that equips divers, such as seals, for this profoundly different lifestyle is greater total body oxygen stores. Greater oxygen stores alone though do not make a consummate diver. A collective suite of cardiovascular responses to diving that help reduce the rate of oxygen depletion are referred to as the “dive response” and are the essential component of elite diving physiology. The most classic feature of the dive response is a reduction in heart rate—known as bradycardia.
A reduction in heart rate alone does nothing to reduce the rate of oxygen consumption. Rather a reduction in heart rate couples a major redistribution of blood around the body, whereby blood flow to parts of the body like the skin, limbs and to some organs is reduced. It is this component of dive response which really conserves oxygen. Essentially this works by reducing the delivery of blood oxygen to parts of the body that would otherwise use and deplete oxygen stores. Instead the dive response helps to ensure conservation and delivery of oxygen-filled blood to priority organs, of which the brain is, of course, the most highly prioritised. Anyone one who has experienced a stroke, or fainted at the sight of a needle, will know only too well the extreme effects of an interruption of blood oxygen supply to the brain.
The associated reduction in heart rate that goes along with blood redistribution during diving avoids a precipitous rise in blood pressure. 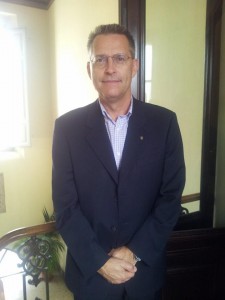 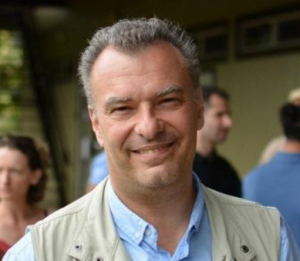 Oxygen is a powerful trigger for cellular reactions, but there are few comparative investigations assessing the effects over a large range of partial pressures. We investigated a metabolic response to single exposures to either normobaric (10%, 15%, 30%, 100%) or hyperbaric (1.4 ATA, 2.5 ATA) oxygen. Forty-eight healthy subjects (32 males/16 females; age: 43.7 ± 13.4 years, height: 172.7 ± 10.07 cm; weight 68.4 ± 15.7 kg) were randomly assigned, and blood samples were taken before and 2 h after each exposure. Microparticles (MPs) expressing proteins specific to different cells were analyzed, including platelets (CD41), neutrophils (CD66b), endothelial cells (CD146), and microglia (TMEM). Phalloidin binding and thrombospondin-1 (TSP), which are related to neutrophil and platelet activation, respectively, were also analyzed. The responses were found to be different and sometimes opposite. Significant elevations were identified for MPs expressing CD41, CD66b, TMEM, and phalloidin binding in all conditions but for 1.4 ATA, which elicited significant decreases. Few changes were found for CD146 and TSP. Regarding OPB, further investigation is needed to fully understand the future applications of such findings. 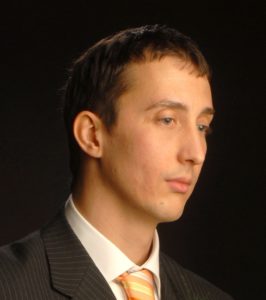 Renal ischemia and reperfusion (I/R) injury is the most common cause of acute kidney injury (AKI). Pathogenesis of postischemic AKI involves hemodynamic changes, oxidative stress, inflammation process, calcium ion overloading, apoptosis and necrosis. Up to date, therapeutic approaches to treat AKI are extremely limited. Thus, the aim of this study was to evaluate the effects of hyperbaric oxygen (HBO) preconditioning on citoprotective enzyme, heme oxygenase-1 (HO-1), pro-apoptotic Bax and anti-apoptotic Bcl-2 proteins expression, in postischemic AKI induced in normotensive Wistar and spontaneously hypertensive rats (SHR). The animals were randomly divided into six experimental groups: SHAM-operated Wistar rats (W-SHAM), Wistar rats with induced postischemic AKI (W-AKI) and Wistar group with HBO preconditioning before AKI induction (W-AKI + HBO). On the other hand, SHR rats were also divided into same three groups: SHR-SHAM, SHR-AKI and SHR-AKI + HBO. We demonstrated that HBO preconditioning upregulated HO-1 and anti-apoptotic Bcl-2 protein expression, in both Wistar and SH rats. In addition, HBO preconditioning improved glomerular filtration rate, supporting by significant increase in creatinine, urea and phosphate clearances in both rat strains. Considering our results, we can also say that even in hypertensive conditions, we can expect protective effects of HBO preconditioning in experimental model of AKI. 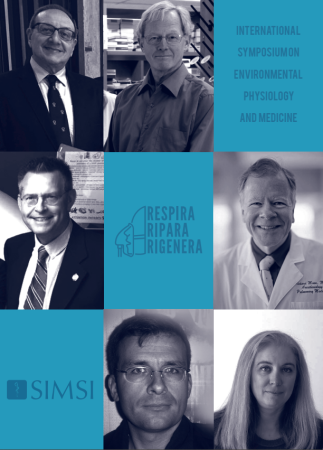