Scuba diving, Hyperbaric oxygen therapy (HBOT), and other activities that increase or decrease pressure gradients, can have an effect on the function of pacemakers and implantable cardioverter defibrillators (ICDs).

While interference with normal device operation of an implanted pacemaker or ICD and their associated implanted lead systems as a result of scuba diving or HBOT is not likely, the most probable outcome would be a temporary effect on the device’s rate-adaptive pacing function. St. Jude Medical rate responsive pacemakers implanted before 1999 (such as the Synchrony®, Paragon®, and older Trilogy® pacemakers) employ a piezoelectric crystal activity sensor that is mounted on the internal surface of the can. Increases in atmospheric pressure can cause flexing of the can, and therefore may cause an increase of sensor driven rate possibly up to the programmed maximum sensor rate. Newer devices utilize an internal accelerometer that is not as susceptible to these pressure changes and are much less likely to respond to pressure changes during diving or HBOT.

St. Jude Medical pacemakers and ICDs with their associated implanted lead systems have been tested to an absolute level of 7 atmospheres (6 atmospheres gauge pressure, or approximately 88 psi, at sea-level) with no effect on device function. These tests showed that, if properly administered, HBOT should not interfere with or cause permanent damage to a device. In addition, St. Jude Medical has not received any reports of a pacemaker or ICD being adversely affected by scuba diving or HBOT.

In the unlikely event that a St. Jude Medical device exhibits a rate increase up to the maximum sensor rate upon exposure to elevated pressure, the rate will return to the base rate as the pressure stabilizes. If the increase in pressure is gradual, the rate will change gradually and may stabilize at a rate higher than the base rate.

Exposing St. Jude Medical pacemakers or ICDs with their associated implanted lead systems to pressures greater than those listed below may cause hermetic failure, and subsequent circuitry damage or loss of therapy. 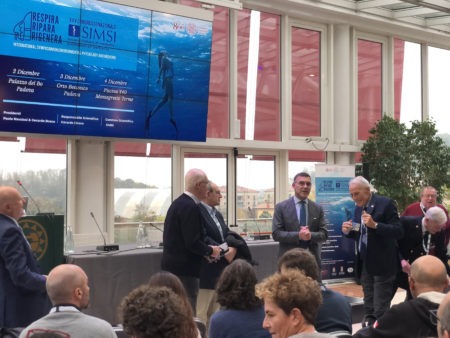